Exploring this year of my life, like the Youtube Year in Review, but without bad music and campy memes. 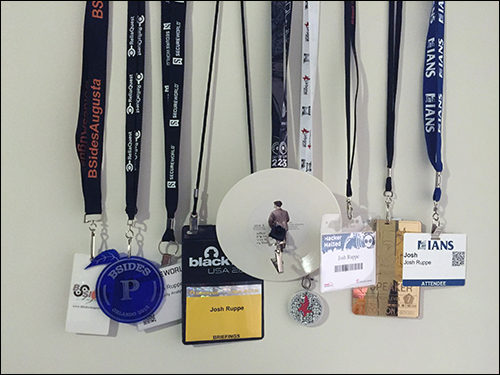 For at least a decade, I have compared my present-day self to myself three years ago. Why three years? I believe I read it somewhere once. Why do it at all? Even now when I look back at my life in three-year increments, I see such large changes. Personally, professionally, nearly every aspect of my life has changed every three years or so. Some may say that is a bad thing, I disagree, in my opinion, life should be explored and experienced.

Three years ago today was January 1st, 2013. I had been living in Atlanta for a little over a year after taking a position as an Algorithmic Developer. I learned how to program in college as it was one of the few things in IT that I wasn't comfortable with. However, I learned very quickly that programming as a career wasn't for me.

Fast forward three years later, I moved from programming, back to networking, and finally into infosec. Though it wouldn't be fair if I didn't mention that infosec and the hacker culture has been a part of my life since my teen years, I just finally decided to turn my passion into a career.

So, speaking from that point. 2015 was a great year. I had two speaking presentations, one live demo, spoke on a panel and got a small cert.

It wasn't easy, but it was incredibly rewarding, and will definitely set a standard for 2016 and onward.

The link has been copied!